We are happy to announce the 2022 leadership of STAND CNJ. We have been meeting and planning for many exciting activities in this important year. We welcome people with ideas and energy! Please contact us with your interests or suggestions for initiatives. 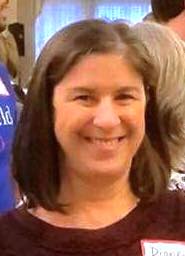 Diane Carlino, our 2022 Treasurer, has found it difficult to remain in the background these last few years. With this being her first venture into grassroots involvement, she is excited to support a group whose goal is to create a better informed community. STAND’s talented leaders and impressive programming drew her in and she now holds the role of Treasurer. With her interests ranging from the environment to reproductive rights to social justice, STAND has offered a space to learn more about the political drivers impacting these issues. With many years of finance and administrative experience, Diane brings her operational know-how and cautious reason to the group, ensuring that we handle our finances strategically and on-mission. She lives in Griggstown and was quietly content until this bunch of rabble-rousers got all her digital devices beeping and dinging all day long in the service of democracy! 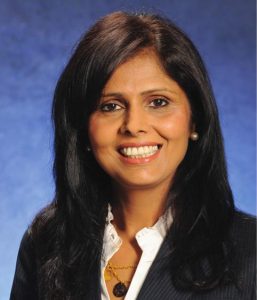 Neena Singh, our 2022 Secretary, is a community activist who has been a passionate volunteer in Somerset county for 20 years. She founded a service oriented non-profit,  served on the multicultural Outreach committee and co-chaired the Grants and Publicity Committee at Montgomery Schools PTA. She serves on the Advisory Board of a mental health focused non- profit, HMHBI. She ran for Montgomery Township Committee in 2010. Montgomery Township commended her volunteer efforts over the years, with a proclamation ceremony at the township municipal offices. Neena’s community activism was recognized and she is the recipient of Wynona M. Lipman Synergy award from the State of New Jersey; the NJ Governor awards this honor to a NJ citizen for generating positive community change within the State. She works as a senior partner with Keller Williams Cornerstone. Neena is proud of participating in the Women’s March in Washington DC , Jan 2017. STAND’s leadership team is lucky to have Neena as our marketing mastermind and networking pro! 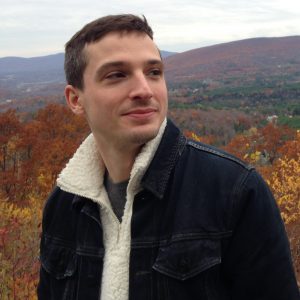 was first introduced to STAND CNJ at their postcard writing sessions. His involvement has grown since then. Now, Nick looks forward to bringing a different perspective to the board — providing input on policy and programming through an LGBTQ+ lens, and finding ways to reach a broader, more diverse audience. It is going to be crucial to keep the momentum going to pass progressive legislation at the State and Local level in 2022, and Nick looks forward to being a part of it. Nick’s involvement in local politics started with door-knocking all over LD16 and phone banking for the Zwicker campaign, and it has grown into volunteering on multiple Councilpersons’ campaigns in Princeton. Nick now serves on the Princeton Civil Rights Commission as the LGBTQ+ liaison since December 2019. In 2022, he was appointed to the Princeton Community Democratic Organization (PCDO) Executive Board as Treasurer. Nick and his husband have lived in Princeton since 2015. 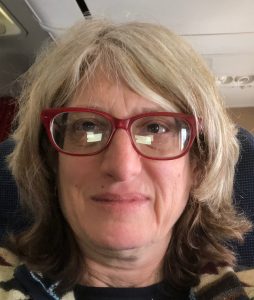 A longtime political wannabe, since the 2016 election Nadine Stern has been actively seeking ways to be more politically active and STAND provided that opportunity. She now also serves on the Pennington Borough Council and is the chair of the Pennington Democratic Committee. Nadine’s special passions are around social justice, women’s rights, and environmental action. Dave Herrington has been STAND CNJ’s co-webmaster since January 2020 and is also the guiding hand behind the websites of Montgomery Democratic Organization, Fair and Welcoming Communities Coalition (FWCC) of Somerset County, and Prince of Peace Lutheran Church. Recently retired from Princeton University’s staff after 44 years of varied experiences in educational computing, Dave’s current passions are WordPress, cybersecurity, and the potential for ranked-choice voting to be a solution for the problems inherent in our current two-party system. Dave also cares deeply about environmental and racial justice issues, and is a member of Prince of Peace’s Racial Justice Team. Dave and his wife Nancy co-own Art Euphoria, an online gallery exhibiting Nancy’s paintings for sale. 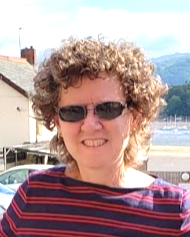 Roberta Nieman was a political novice and had never spent a day in protest until the morning of Nov. 9, 2016, when she woke to the disturbing realization that a reality show celebrity would be running the nation for the next four years. Desperate to get some sleep and do something to quell the angst she joined with millions of others to march the day after inauguration day 2017. Around that time friends were mentioning a few activist groups that were forming and STAND was one of them. Involvement at local grassroots efforts allows the ability to understand how the system operates; working with issues on the local and state level is an important step toward effectiveness and impact at the national level. Roberta was employed by a large company in marketing and sales support until the company downsized in 2009 and now works as the office manager for a small family run landscaping company. She also volunteers with AARP and its Advocacy programs. She and her husband have two adult sons and live in South Brunswick. 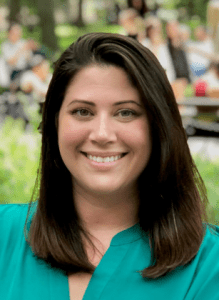 Ashlee Prewitt-Crosby is a university Research Administrator. She has served on a variety of advisory committees and as board trustee to a non-profit in upstate New York. She holds a master’s degree in Public Administration with a concentration in nonprofit management, and is currently earning a second master’s degree in accounting and financial statement analysis. Ashlee is interested in town-gown relations, grass-roots organizing, and needs-driven policymaking. She offers experience in project management, fundraising, budgeting, and managing organizational change. Her hobbies include traveling and outdoor activities, such as hiking and camping. She lives in Kingston, Middlesex County. 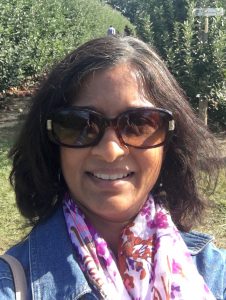 Neha Saraiya MD became involved with STAND CNJ through her connection with Neena Singh. After the 2016 election she was motivated to become more politically involved. She joined local postcard writing endeavors in Montgomery and increased her involvement this past election season with postcard writing, phone and text banking, and in person canvassing in PA. A very active member of the community, she was recently appointed to the Montgomery Township Board of Health in January 2021. An active member in Somerset County Lions Club, she also serves on the board of a non profit foundation called SKN foundation which promotes South Asian health and wellness. As an active member of the NJ chapter of the American Academy of Pediatrics she mentors future pediatricians through their resident career day. She is on the board of a national nonprofit foundation called Desi Physician Moms, a group of 7000 South Asian female physicians and promotes advocacy and charitable support on issues such as human trafficking, domestic violence, and gun violence. More recently the organization fundraised and had volunteers help sew masks to donate to local communities throughout the US. Neha  was in charge of distribution in NJ and was recognized by Hillsborough Township Committee in September 2020 for her mask donations to their Social Services. Her passions lie in racial, social justice, and healthcare . She lives with her husband and teen daughter in Montgomery.