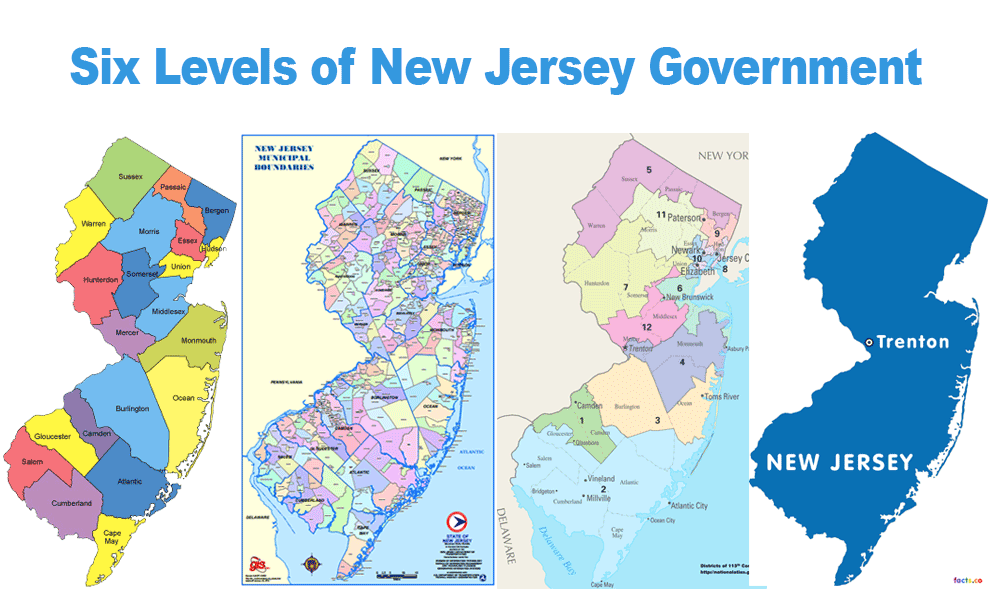 Your Six Levels of Government

New Jersey has six different levels of government, each with its own district map: 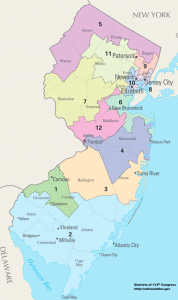 The US is represented by these elected officials:  1 US President, 100 US Senators, and 435 US Representatives.

US Senators and US Representatives are collectively termed Members of Congress or MoC.

12 US Representatives each represent one of the 12 Congressional Districts in NJ.

Find your Congressional District and your US Representative here.

Interesting Note: All MOCs will be up for reelection in 2018. 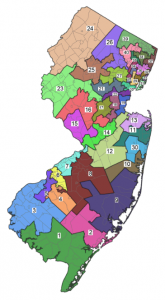 Each of NJ’s 40 Legislative Districts is represented by 1 NJ Senator & 2 NJ Assembly members.

Interesting Note: The Governor and each of these State Legislators are all up for re-election in 2017!

Each county in NJ is represented by a Board of Chosen Freeholders.

Each of NJ’s 21 County Districts has 3-9 Board members, depending on population, and is led by a County Executive.

Interesting Note: The title of  “freeholder” is derived from an old English term used to refer to a person who owned an estate of land free of debt.  The title was adopted in New Jersey during the Colonial period, when only those who owned real estate free of debt were eligible to participate in elections or hold public office.  New Jersey is the only state that retains the  title of “freeholder” to denote the elected members of the county governing body. (Copied from the Mercer County Freeholder’s webpage.) 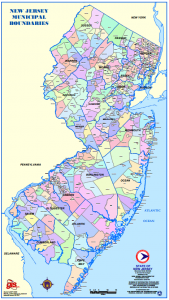 Each municipality in NJ is represented by a Town Council and led by a Mayor, or other similar leadership.

Each of NJ’s 565 Municipalities has their own government structure that determines the type of representation.

Learn about the different types of Municipality governments here. 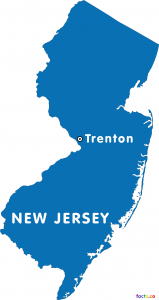 Each public school district is represented by an elected School Board.

There are 691 different public school districts in NJ; no one map exists for all of these districts.

Interesting Note: Education accounts for about 30 percent of state expenditures.

These voting districts are small neighborhoods within a municipality. The representatives from each Voting District are also representatives for the respective County Democratic Committee, which determines, among other things the placement of candidates on the ballot.

No one map exists of all of the thousands of voting districts in NJ; rather, each county or municipality has a map of these districts. (Eg, maps for Mercer County, and key municipalities within it, can be found here.)