We the People: An Evening with the ACLU’s Anthony Romero 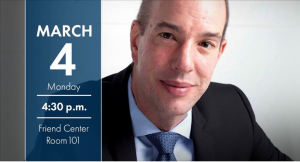 Romero is visiting the School as part of its Christian A. Johnson Endeavor Foundation Leadership through Mentorship Program. Romero is the executive director of the American Civil Liberties Union, the nation’s premier defender of civil liberties. He took the helm of the organization seven days before the September 11, 2001 attacks. Anticipating the impending assault on civil liberties, Romero launched the Keep America Safe and Free campaign and created the ACLU’s National Security Project, which achieved victories on the Patriot Act, the torture and abuse of detainees in U.S. custody, and surveillance. During the Obama administration, the ACLU continued its litigation on NSA surveillance and challenged the U.S. drone program. Anthony Romero is the ACLU‘s sixth executive director and the first Latino and openly gay man to serve in that capacity.