Vigil in Support of Refugees – Remembering the S.S. St. Louis 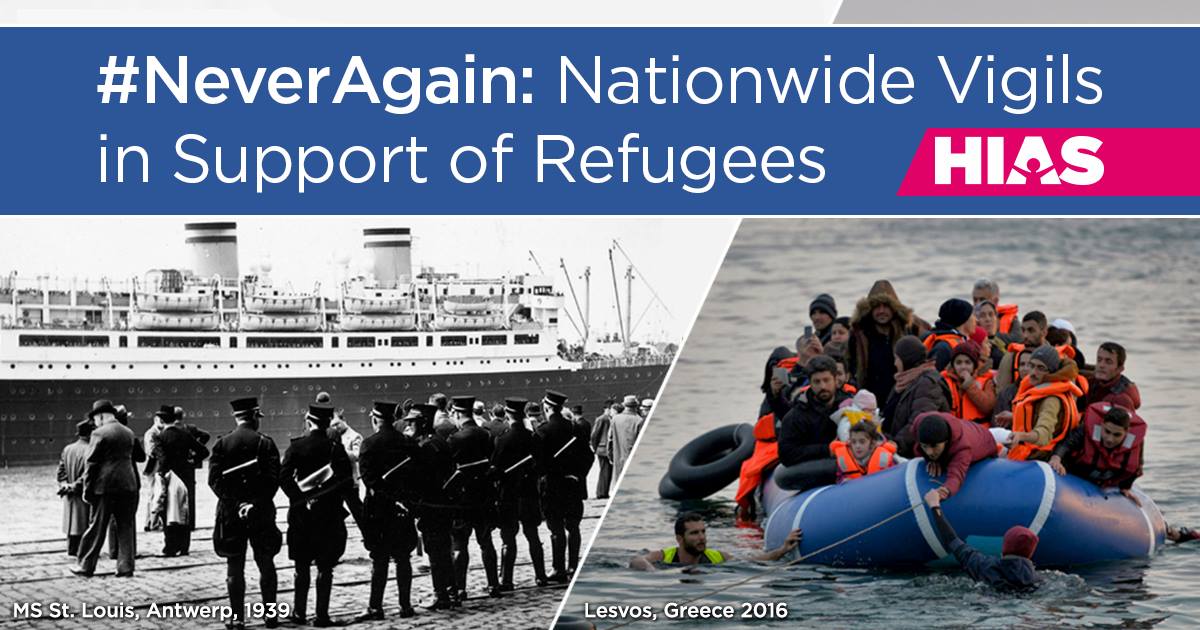 On June 6th, Jewish communities across the country will hold candlelight vigils to commemorate the anniversary of the day the S. S. St. Louis began its fateful return trip to Europe in 1939 after being denied entry into the United States, Cuba, and Canada. Over 900 Jewish refugees were on board the St. Louis, and at least 250 of them perished in the Nazi death camps of World War II. Our communal experience demonstrates the tragic consequences of denying safety to refugees, and on that day, we will stand together with other organizations and communities of faith to call on our elected officials and community not to repeat the mistakes of our past.

On Tuesday, June 6th, 2017 at 7:30pm in Tiger Park (Nassau Street at Palmer Square), Congregation Kehilat Shalom of Belle Mead, NJ will join with others in the wider community to honor the memory of those who died after being unable to find safety in the United States, and to support keeping our doors open for the refugees of today. Please join us at the ceremony as we amplify HIAS’ message that we fully support welcoming refugees to the United States.