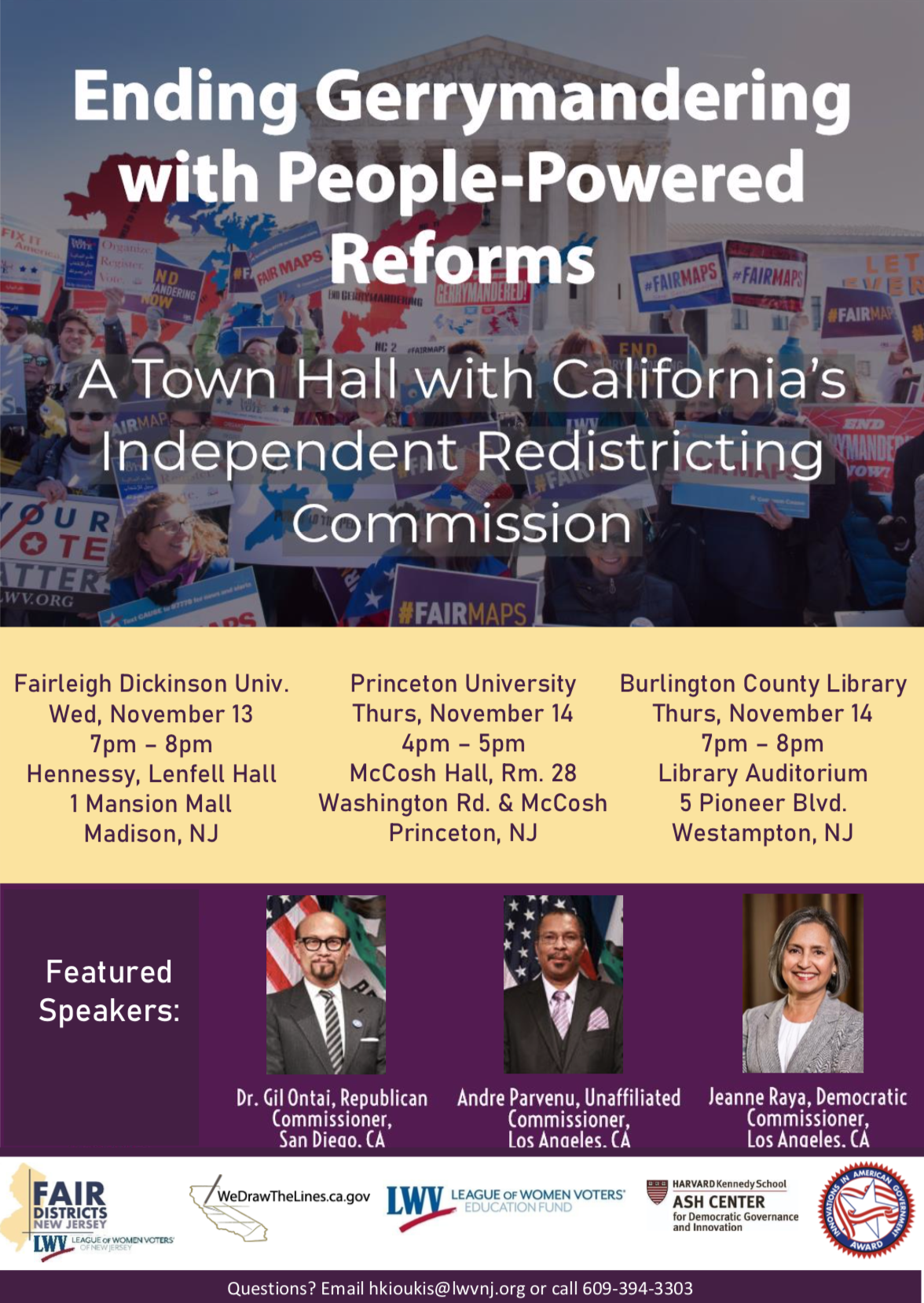 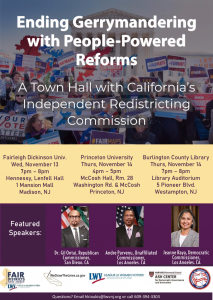 Fair elections rely on fair district maps. Join NJLWV and Fair Districts NJ for a town hall featuring members of California’s first independent, voter-led redistricting commission to learn how to end gerrymandering through reforms that put power where it belongs: in the hands of the people.

The California Commissioners are traveling across the country to share their experiences and highlight the importance of fair maps and state-level redistricting reforms. The independent redistricting process in California is considered a model for the nation, and the Commission received the prestigious Innovations in American Government Award from the Harvard Kennedy School of Government for their ability to make government more representative, expand public participation in electoral politics, and involve citizens in governance in new, creative ways.

With the 2020 Census and the next redistricting cycle fast-approaching, the time for redistricting reform is now. Join us and the California Independent Redistricting Commissioners at this town hall to learn how we can reform New Jersey’s redistricting process into one that is more independent, transparent, equitable and fair.