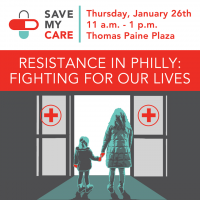 The Republican Party is holding a retreat at the Loews Hotel in the PSFS Building in Center City. Republicans will gather from Wednesday to Friday, with Trump likely coming to Philadelphia on Thursday. At the retreat, per the Washington Examiner, Republicans will strategize on how to repeal and find a replacement for the Affordable Care Act. Paul Ryan promised “a full, exhausting conversation” on the matter. Republicans will also discuss tax code reform legislation at the retreat.

Multiple protests are planned on January 26, since President Trump will be in town that day.

President Trump Will Be in Center City This Week