Contact Rep. Tom MacArthur (R-3) and let him know just how stubborn you can be when the deportation of innocent people is at stake! Contact our Senators and let them know just how much you want Congress to finally pass a DREAM ACT!

Every day that goes by without passing a new DREAM Act, 122 young people lose their DACA status and become vulnerable to deportation. And this is what Tom MacArthur thinks about members of Congress who are 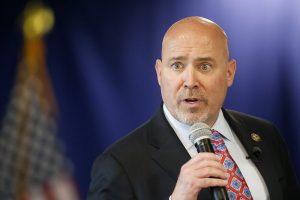 standing up for innocent people: “MacArthur accused Democrats of ‘the height of stubbornness’ if they vote against the [short-term spending] bill because it doesn’t include a solution for ‘dreamers.’

Contact Rep. MacArthur, especially if you are his constituent! (Not sure? You can find out if you’re in New Jersey’s 3rd congressional district here.)

Then, make 2 quick calls to our Senators.

(Don’t like talking on the phone to staffers? No problem! Call after hours and leave a message.)

← “This is the free speech fight of our generation” — Here’s how you can help save net neutrality
Want Common Sense Gun Safety? Support a Red Flag Law for NJ →