UPDATE:  Thank you to the many organizations who mobilized to stop SCR43, and to everyone who wrote letters, made phone calls, and showed up to hearings. The bill has been pulled from consideration for now!

Partisan gerrymandering has no place in the NJ Constitution! Contact state Senate Budget & Appropriations Committee chair Paul Sarlo and other members and say NO to SCR 43! 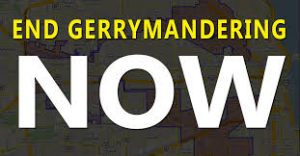 Voters all around the country want a fair, non-partisan redistricting process so we can put an end to gerrymandering. Let voters choose their politicians, not the other way around! The League of Women Voters and Fair Districts NJ are currently working to create an independent, citizen-led redistricting commission. But suddenly, a bill that would actually change the state constitution to require partisan considerations in redistricting is being fast-tracked through the state legislature and scheduled for a committee hearing on the Monday morning right after Thanksgiving! Contact committee chair Paul Sarlo (D-36), and as many other committee members as you can, and tell them to  SAY NO to SCR43 and SAY YES to FAIR DISTRICTS NJ!

WHO TO CONTACT (Hate talking to people on the phone? No problem! Send emails or call after hours and leave a voicemail!) 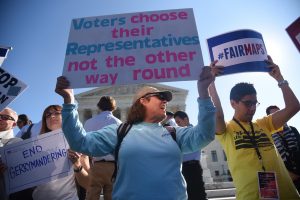 ← We Can Restore Voting Rights in NJ Too!
Campaign Finance Reform Bill Needs Your Support Now! →