The Delaware River Basic Commission (DRBC) has proposed rules that would allow radioactive fracking wastewater to be dumped into the Delaware. You have until 5pm on Friday, March 30th, to submit a comment opposing these new rules. Contact Gov. Murphy too! 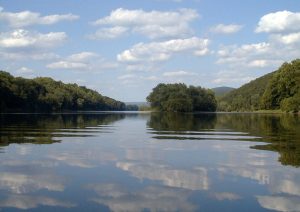 Late last year, the DRBC proposed rules that would ban fracking activity within the Delaware River Basin (good!), but allow water to be taken from the river and used for fracking (bad!), and even allow fracking wastewater to be dumped in the Delaware (really bad!). As Jeff Titel, executive director of the NJ Sierra Club said, “Banning fracking but then allowing the dumping of fracking waste undoes the whole purpose of the ban in the first place, which is to protect our water….You do not protect the Basin from fracking by allowing the dumping of fracking waste.”

Your comments are needed NOW to help stop the implementation of these dangerous rules. Here’s what you need to do.

Then, contact Gov. Phil Murphy, who is now a member of the DRBC since taking office in January (the governors of the 4 states within the Delaware River Basin all have seats on the commission). Call him at 609-292-6000, or write to him at Office of the Governor, PO Box 001, Trenton, NJ 08625, or via email.

You can find even more talking point ideas in this comprehensive list from the Delaware Riverkeeper.