UPDATE: Gov. Murphy signed the Independent Prosecutor bill! Thank you to everyone who wrote letters and made phone calls!

Contact Gov. Murphy and tell him to sign the Independent Prosecutor bill (S1036/A3115) now! Let him know you expect him to keep his campaign promises. Call him at 609-292-6000 or send him an email through this website. 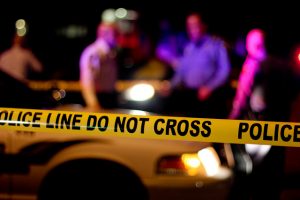 New Jersey legislators recently passed a bill requiring independent prosecutors from the state Attorney General’s office to investigate police shootings, instead of local county prosecutors who work closely everyday with local police. Removing any potential for a conflict of interest between investigators and police is vital to ensuring that justice is served and that the community can trust the results of an investigation.

Gov. Murphy promised to support such a bill, but he has not signed it yet, even after 35 days!  Faith leaders in NJ, the ACLU and other advocates are calling on the governor to live up to his promises and sign the bill NOW. Add your voice. Here’s how…..