The Senate votes tomorrow on its version of the 2018 budget. It’s time to call your senators — Tell them to protect Medicare and other safety net programs that would be cut under this budget! 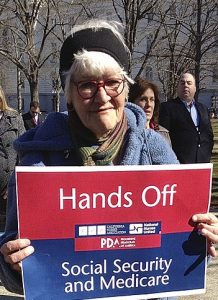 (Not in NJ? No problem–find your senators here).

The budget process is complicated. Here’s what you need to know:

Here are your talking points:

← Say No to Social Media Surveillance of Immigrants — Leave a public comment by 10/18
Call your Republican House Rep TODAY — Say NO to the GOP budget! →