First, the good news. H.R. 6, the American Dream and Promise Act, has finally passed the House of Representatives with unanimous Democratic support.

This. Is. Huge. And the victory belongs to every single person who called their member of Congress and showed up at district offices across the nation to demand #DreamAndPromiseNow.

Seriously. Your advocacy mattered here and we are so grateful for it.

We also want to take a moment to acknowledge the amazing leadership of so many of the organizations on the front lines of this fight and the members of Congress who refused to back down. This victory would have been impossible without the leadership and fortitude of organizations like United We Dream, UndocuBlack, the National Immigration Law Center, the National TPS Alliance, and the efforts of champions like Reps. Chuy García, Ayanna Pressley, Ilhan Omar, and Rashida Tlaib. Their determination to get it across the finish line, and their solidarity in standing together to demand that Democrats pass a bill that would protect as many people as possible from Trump’s racist immigration policies, led to the most progressive immigration bill we’ve ever seen passing with no opposition from Democrats.

Let’s take a step back to absorb how big a win this is: the first time the Dream Act was introduced, it died without ever getting a hearing. Now, 18 years later, there wasn’t a single House Democrat who voted against it when it reached the floor. This achievement shows what’s possible when directly affected people, with the support of allies inside and outside of Congress, advocate for the needs of their families and communities.

But, this fight is far from over.

Just as we get more horrific news about immigrant deaths while in custody… and children being left on buses waiting to be reunited with their families… and hundreds of folks being squeezed in a tiny room (the list goes on and on), Trump and his Republican enablers want to increase funding for their deportation force.

Fortunately, the Constitution gives Congress –– not the President –– the sole power to appropriate money. And we’re not going to stand for it.

Right now, we need your advocacy more than ever. It’s time to step up the pressure and demand that Congress #DefundHate and cut funding to Immigration and Customs Enforcement (ICE) and Customs and Border Protection (CBP) through the appropriations process (which is how Congress decides how much funding federal agencies get).

So here’s where we are. Right now, Congress is finalizing funding bills for the next year, and the first draft of their Department of Homeland Security (DHS) appropriations bill — which includes ICE and CBP —  contains both improvements from previous years, as well as areas that need to be changed.

Let’s start with the good stuff. The DHS appropriations bill:

☑️ Ends ICE’s ability to steal money from other agencies to expand deportation and detention activities.

But there are still some major problems with the bill. Namely, the $387 million deportation slush fund. The last thing Trump and Stephen Miller need is access to a giant slush fund for immigration enforcement.

Here’s what you can do right now

We need Democrats to hold strong and stand firm against any attempts to increase funding for ICE and CBP. Here are two things you can do right now to get up-to-speed and make a difference in this fight:

1️⃣ Read up on what’s at stake in this fight with our campaign resource.

2️⃣ Use our call script and demand that your member of Congress cut funding for ICE and CBP, and get rid of the slush fund that would allow ICE to continue terrorizing communities.

This fight is going to be a long and hard one. But your pressure could be the difference that preserves the wins that are in this bill. 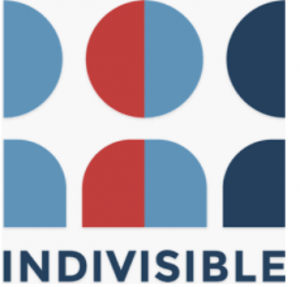 ← Animal Protection bills in statehouse
The 2020 Census -every person counts! →