Making Sense of the Mueller Investigation 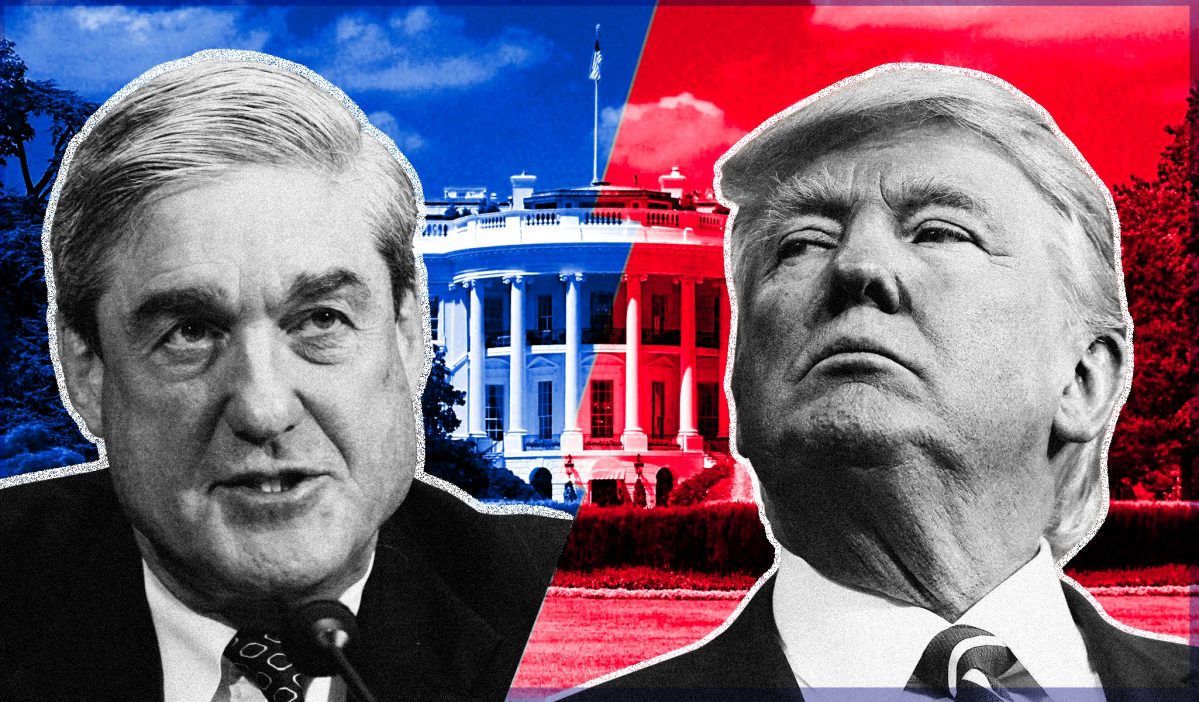 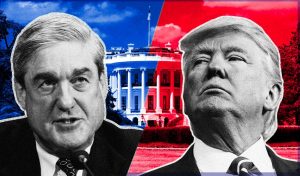 Are you wondering what’s going on with the Mueller investigation? Is your head spinning from trying to keep the cast of sketchy characters and list of indictments straight? You are not alone! We here at STAND CNJ have so many questions.  At a recent gathering of STAND members and friends, we had the opportunity to ask those questions and get some answers from our guest speaker, a federal law enforcement officer who shared her knowledge of legal statutes and her thoughts on information available to the public about the Trump-Russia investigation. (Our guest speaker wishes to remain anonymous — so let’s call her SG. She emphasized that she does not have any inside information about the Special Counsel’s work. However, her professional expertise gives her unique insights into news stories about Mueller’s investigation and related cases.)

What is the big picture?

With new revelations coming out daily, it’s hard to see the forest for the trees. Based on what is publicly known so far, what is the big picture? What the heck is going on?! According to SG,  the outlines of a possible quid pro quo agreement between Putin and Trump are visible in reporting from the last year: from Putin –  a Moscow Trump Tower worth hundreds of millions of dollars and the U.S. presidency; from Trump -sanctions relief for Russian businesses and oligarchs. And the quid pro quo looks to be ongoing. “You’ll notice Trump Tower [in Moscow] hasn’t happened yet. Well, yeah, sanctions haven’t been lifted yet,” said SG. (Though perhaps progress in sanctions relief has begun to happen. Recently, the Trump administration rather inexplicably removed sanctions from Russian oligarch Oleg Deripaska‘s companies!)

Additionally, the public moves of the Special Counsel’s investigation suggest to SG that Mueller is aiming to destroy “the whole hydra” of organized crime. “I think he wants to take down the entire Russian mob,” said SG, or at least make Americans so aware of it’s dangerous influence that the public forces Congress to impose harsh sanctions, stopping the flow of money to Russian oligarchs (who are closely connected to the Russian mafia). This is the goal of legislation like the Magnitsky Act — sanctioned Russians and Russian companies, and those doing business with sanctioned people and companies, are no longer able to access the U.S. banking system. Locked out of U.S. banks, powerful oligarchs and mobsters can no longer use their money to fund lavish American lifestyles, influence elected officials, or increase their wealth and power.

So why all these ‘process’ crimes?

So, if that’s the big picture, why hasn’t a quid pro quo arrangement been part of Mueller’s indictments thus far? Why does he keep indicting people for crimes like witness tampering or lying to Congress? SG answered this question with a well-known mantra of federal law enforcement: ‘We got Al Capone on tax evasion.” Crimes such as conspiracy or money laundering are hard to prove in court. On the other hand, tax fraud, campaign finance violations, false statements, identity theft, witness tampering and other crimes centered on documents (as opposed to witness testimony) are easy to prove. “That’s why you see Mueller charging these crimes, because it gets people terrified that they’re going to jail because its so easy to prove,” says SG. “Any good defense attorney is gonna look at this [Mueller’s charges] and say, ‘you’re gonna be convicted, so you need to cooperate and get the best deal possible.” Cooperation leads to more information about what really happened, and makes it possible to indict those leading the criminal activity.

Crimes like lying to the FBI may not be attention-grabbing “until you dig in to the fact that they’re a cover-up of a crime,” SG pointed out. “When Fox News blares out ‘process crime, no big deal’, we have to hammer away at the fact that its a cover-up.” And obstructing justice through a cover-up is considered by prosecutors to be a serious crime in its own right, by threatening the rule of law.  The ‘process crime’ excuse is no excuse at all.

With so much covering-up going on with Trump and his associates, it’s no wonder that Mueller has pursued so many indictments for cover-up-related crimes. It’s easier for prosecutors to get a conviction on the cover-up than for the original crime, according to SG. This is especially true when an investigation and surveillance has been going on for awhile. In situations like this, “we can see the cover-up happening in real time” and gather plenty of evidence to convict, she explained.

We also need to remember that indictments for false statements, witness tampering, and the like point to something larger and more pernicious, e.g, the quid pro quo between Putin and Trump mentioned above, or foreign influence in American elections.

How does this all end?

So many outrageous scandals have come to light for this presidency, yet there have been little to no consequences for Trump or Russia. Sometimes it feels like this will never end! But SG sees three possible paths to removing Trump from office (in addition to voting him out in 2020, of course).

First, don’t forget about the New York State Attorney General’s lawsuit against the Trump Foundation. The state AG could indict Trump as part of this case (states are not bound by the federal Department of Justice guideline that sitting presidents cannot be indicted) and begin the process to seize his assets. Given what we know of Trump’s character, SG thinks its possible that Trump could willingly resign the presidency if he could somehow save his assets from being seized.

Then, of course, there’s the scenario we’re all hoping for: Mueller gets to the bottom of what is going on, he releases his report to the public, and, if the evidence is damning, public outcry moves Congress to remove Trump from office. But what if we never see a Mueller report? What if Trump fires Mueller before the investigation is finished?

SG’s thoughts on those scenarios are encouraging. Even without Mueller or a Mueller report, she still believes it would be possible to fully investigate what happened with Trump and Russia, and remove the president from office if necessary. How? By starting with the many indictments Mueller has already won from a grand jury. Each one is a ‘speaking indictment’, with far more detail than what is necessary or typical. “He’s giving his ‘report’ through the indictments,” SG believes. No matter what happens with the Special Counsel investigation or report, the information in those indictments is now available as a starting point for congressional investigations. Now that Democrats control the House of Representatives (elections matter!), Congress can finally start doing its job. They can hold public hearings and subpoena witnesses based on the information in Mueller’s indictments. They can even appoint Mueller himself to a special oversight position to continue his work, this time with the guarantee that the findings will be made public. And ‘public’ is key. It is vital that Congress allow open testimony from key witnesses and issue public reports, as public outrage is the only thing likely to move congressional Republicans. “If you don’t get the outrage going, you don’t get the impeachment going,” said SG.

We know what you’re thinking right now. ‘So this ends with a President Pence?’ Not necessarily, according to SG, who thinks that “Pence is nebulously involved in all this stuff.” He was inexplicably picked as vice-president by Paul Manafort, after all. Pence then went on to lead the transition team. His claim that he knew nothing about now-disgraced National Security Advisor Mike Flynn’s foreign lobbying work has always been sketchy, given that Rep. Elijah Cummings had sent Pence a letter about Flynn’s work before Trump had even taken office. Most ominously, according to SG, there is no indication that Pence has been interviewed by Mueller. Does that mean that Pence is an inside source for Mueller? Or could he actually be a target? “I’d be worried if I was Pence,” SG said.

No matter which path we end up on, SG is sure of one thing: “Article One of impeachment can be witness tampering, because we saw it right in public,”  when the President threatened Michael Cohen’s father-in-law via tweet. This led Cohen to seek a postponement of his congressional testimony. SG sees this as “textbook. It meets every element of witness tampering. We have seen President Trump commit 2 felonies. And every time he tweets it out, it’s another count!”

As Rachel Maddow likes to say, watch this space….

← Neena Singh, STAND leader, speaking at rally for voter turnout for CD7
We are excited to announce that we’ve partnered with the @uscensusbureau to support the #2020Census! As a partner, we’ll be working to ensure that our community is accurately represented. To learn about the upcoming census, visit 2020census.gov. →