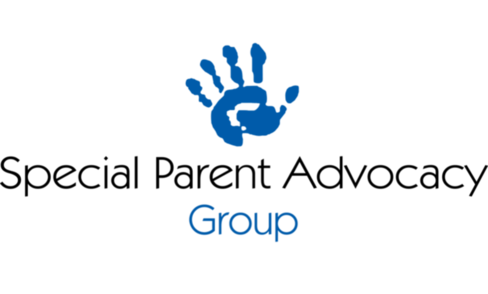 Let me first get my confession of extreme naivete out of the way: I had no idea how much the state legislature did with education issues in NJ! WOW. Now, let me backtrack:

Shortly after the highly contentious confirmation of school voucher champion Betsy DeVos, I scheduled a meeting with Patrick Diegnan, my state Senator in District 18 who also happens to be on the Education Committee, to express STAND CNJ members’ strong support for public education and get his thoughts on what we in NJ can expect in light of the likely federal agenda. A couple of weeks before the scheduled meeting, I happened to meet Nicole Whitfield, Executive Director of Special Parent Advocacy Group,  which “prides itself in helping parents to become educated on their rights in special education (and) sets out to repair the disconnected services offered to children with special needs”. Nicole told me of the horrifying conditions to which special education students in Trenton are exposed – including an incident in April where an 8-year-old special needs student was sexually assaulted by an older student on a school bus that transports 52 students to 35-40 stops with no aide. To help keep these vulnerable children safe in the future, Senator Shirley Turner introduced a bill in the State Senate that would require a ratio of one aide to no more than 15 special needs students on a school bus. That bill had come out of the Education Committee and was waiting in the Appropriations Committee (on which Senator Diegnan also sits). As the senator’s constituent and strong supporter of education, I invited Nicole to join me at the meeting to share her story with the Senator and ask for his support for the transportation bill.

In my pre-meeting research, I found that Senator Diegnan had long been a proponent of public education, including better needs assessment, regulation, and community participation in the approval and running of charter schools, a point that is highly relevant to the voucher and privatization agenda. Senator Diegnan assured me that if/when a Democratic governor takes office next year, he will re-introduce these types of bills that have been stymied by Chris Christie and his legislature supporters. He also assured me that if federal funding is put on the line as contingent upon adoption of a voucher system in NJ, our Democratic legislature and (hopefully) governor will refuse to abide and would take that to the courts. I found this to be very reassuring; it also once again underscored the importance of electing a governor in November who is a strong supporter of public education.

Nicole also spoke to the Senator about the dire need for aides for special needs students in Trenton.  He was understandably appalled, and expressed strong support for this bill. We asked that he do whatever he can to help expedite the bill through the Appropriations committee.

Unfortunately, to date, the bill is still waiting in committee – possibly because the legislature is currently busy with the budget review process.  The special education children in Trenton really need this resource – and we, as STAND CNJ members, should use our constituent power to help! So, a call to action: please contact your state Senator, especially if they are on the Appropriations Committee (see www.njleg.org for information), and ask that they expedite bill S2757, which would require a ratio of one aide per no more than 15 special needs children on school buses. Tell your Senator that we want NJ’s children to be safe, and we owe our most vulnerable children the support they need to safely get to school! If your Senator is Patrick Diegnan, please thank him for voicing his support for the bill to Olga Starr and Nicole Whitfield, and ask him to act in these children’s behalf!  This is the power of local politics and grassroots action – together, we can make an immediate difference in the lives of children in our state.

In the meantime, we can feel encouraged (while still staying alert and always ready to resist!), knowing that as we work to elect supporters of public education to the state house in November, we can help protect our state’s public schools against the harmful federal agenda of vouchers and privatization.

Keep up the fight, education advocates! We’ve got this!